The Mid-Autumn Festival in Malaysia

Malaysia is home to the second largest community of overseas Chinese in the world, after Thailand. 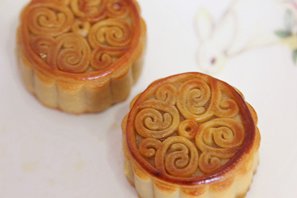 In Malaysia, the Chinese have long had the customs of eating mooncakes, enjoying the bright full moon and taking part in the lantern parade during the Mid-Autumn Festival. When the festival draws near, old and famous companies sell all kinds of mooncakes.

There are the mooncake sections in the shopping malls; there are also advertisements about mooncakes in the newspapers and on the television. Together, they create a festive atmosphere and show the warm welcome people have for the coming festival.

Two Ideal Places to Spend the Mid-Autumn Festival in Malaysia 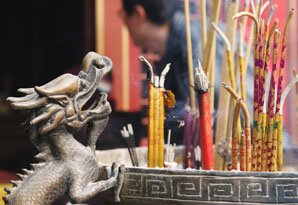 Kuala Lumpur is the national capital and most populous city in Malaysia. The celebrations of the communities of overseas Chinese in Kuala Lumpur are in full swing. In the Lantern Carnival, there are dragon and lion dances, floats carrying “Chang’e” and “seven maidens”, as well as artistes and youngsters singing and dancing happily.

Thean Hou Temple, a six-tiered Chinese temple and landmark in Kuala Lumpur, is one of the oldest and largest temples in Southeast Asia.

It not only has a contemporary architectural style but also traditional designs with intricate embellishments as well as ornate carvings and murals. 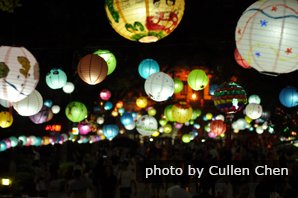 In Penang you can go to George Town to join the ‘River of Lights’ lantern parade, or you can enjoy the traditional Chinese lion and dragon dances and Wushu Competition at Straits Quay Square. There’s a ‘Night Lantern Walk’ in Penang Hill where you can have a panoramic view of George Town.

Oktoberfest is on in Penang, with non-alcoholic beer