Malaysia is building what will be the nation’s tallest skyscraper, saying the project will generate around 11 billion ringgit ($2.67 billion) for the economy and bolster the country’s bid to become a tourist hub.

Among the world’s skyscrapers, including those that haven’t yet been completed, Merdeka PNB118 ranks sixth tallest when antennas are included, according to a list compiled by the Council on Tall Buildings and Urban Habitat. 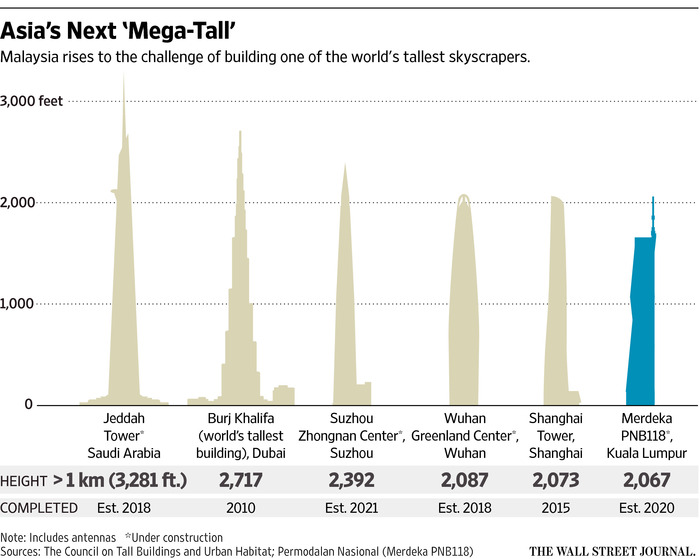 The construction project, valued at five billion ringgit, is expected to be completed in 2020, according to PNB. The company’s chairman, Ahmad Sarji Abdul Hamid, said the mixed-use development would include an office tower, a luxury hotel and shopping complex. Construction of the project is expected to generate 10,000 jobs, he said. The development will house PNB’s offices and the remaining space will be rented out to local and international companies, he added.

The project’s launch comes as Malaysia’s economy, the third largest in Southeast Asia, has been pressured by lower energy prices, among other factors. Exports of liquefied natural gas and crude oil have suffered and the country’s currency, the ringgit, has hit multiyear lows this year.